Just added to your cart

We are currently fetching the latest price and availability from supplier

Doing a final sync with suppliers, it wont be long

We are currently fetching the latest price and availability from supplier Everything you need to know about cooker hoods (guide) Sometimes it’s the small things such as cooker hoods that get forgotten about until later in the design process, but they can play a big part in your kitchen. With the hob/oven often being a centrepiece to a kitchen, choosing the right cooke...

Everything you need to know about cooker hoods (guide)

Sometimes it’s the small things such as cooker hoods that get forgotten about until later in the design process, but they can play a big part in your kitchen. With the hob/oven often being a centrepiece to a kitchen, choosing the right cooker hood is a crucial decision that you need to get right. They’re not just there to look pretty though, they serve a real purpose in your kitchen by keeping your kitchen cleaner, healthier (removing airborne smoke and grease) and making it a nicer place to be. Available in a vast array of sizes, colours, styles and types it can be difficult to find the right one for you; which is why we’ve written this handy guide giving you everything you’ll ever need to know about cooker hoods.

When the air is extracted from your kitchen it needs somewhere to go. It can either be sent outside (extraction hood) or it can be pumped through a filter and recirculated back into the kitchen (recirculation hood). Below is a bit more of an in-depth explanation of the two:

These cooker hoods simply send the air outside through ducting; they do not filter or process it in any way. Although they are often more effective than the recirculation hoods because they are not doing anything with the air, they can be louder because more power is needed to push the air through the ducting. It is important to remember that because they use ducting to get rid of the air you need to plan that in right from the start, especially if you want the cooker hood above an island or against a non-external wall. The ducting can often be ugly and ruin the look of your kitchen if not planned in from the start. Plus, you’re limited on how long it can be and how many bends it can have; we recommend that you limit the length to 5 metres, reducing that by 1.2 metres for every 90° bend. If you’re not sure whether this fits with your plans, just give us a call to discuss. 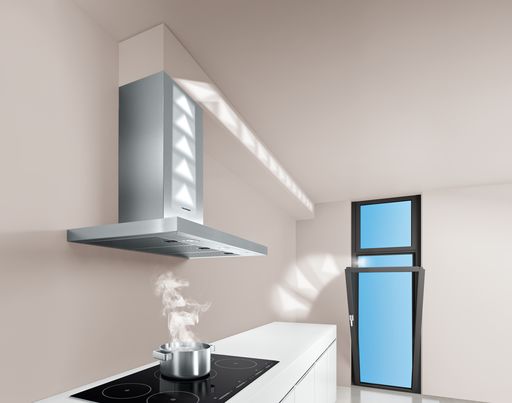 These cooker hoods push the air through filters, these filters then remove any cooking smells before the air is reintroduced back into your kitchen. Most modern recirculation hoods feature a basic grease filter as well as a charcoal filter, these work together to remove grease, food smells and smoke from the air. These cooker hoods are often much cheaper than the extraction hoods because you don’t need to consider ducting. However, they are less effective at dealing with smells, grease and smoke because they have to process the air and inevitably they don’t do that 100% perfectly. You also need to consider that the filters do have a limited lifespan and you will need to occasionally replace them with new ones. These cooker hoods may be the best solution for anyone redoing their kitchen on a budget or are reluctant to design their kitchen around where the ducting can go. 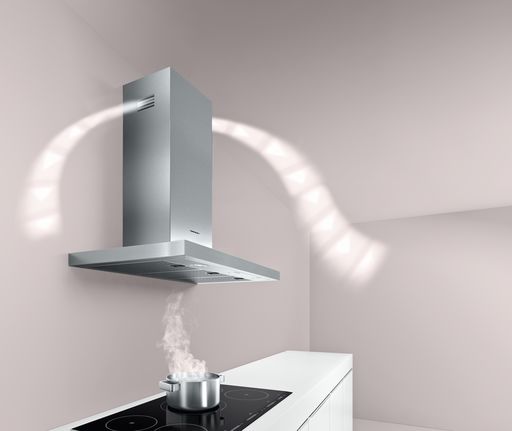 Let’s face it, the style of the cooker hood is one of the most important aspects you’ll consider. There are many different styles on the market, each with a different approach to removing food odours and airborne grease. With so many different styles on the market it is easy to get confused. The main things you need to consider before you think about its appearance is the size and location of the hob, and whether you would like the cooker hood to be hidden or made into a feature of your kitchen.

This is a hidden cooker hood for those of you that do not wish to make it into a feature of the kitchen. They are integrated into your cabinets and look just like another wall unit from first glance. They are switched on by pulling a handle or pressing a switch. Some even come with a small amount of space for a spice rack! 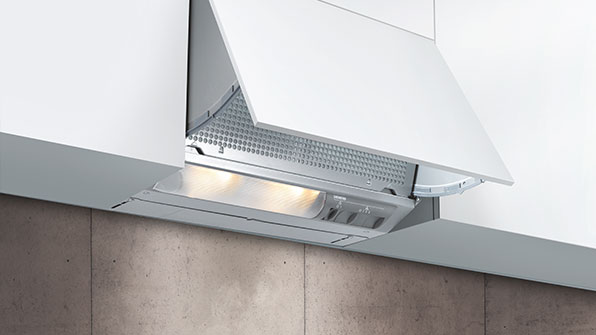 Usually fitted to the underside of a wall unit these cooker hoods are more visible and obvious than the integrated type, but are a little more subtle than the designer or chimney hoods. The visor hoods come with a small glass or plastic visor that extends the hood’s size. Although these cooker hoods are becoming less popular, they are still great for kitchens with limited space because they can fit under a cupboard – saving your valuable storage space. 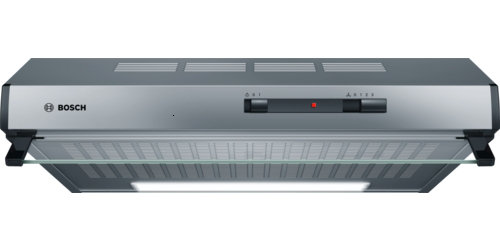 These chimney hoods have become very popular in recent years. Customers have wanted their cooker hoods to make a statement, but still wanted something more traditional. Often made from highly polished stainless steel these cooker hoods have a wide section at the bottom connected to a chimney. They can go either snuggly between two units or on their own as a standalone hood. 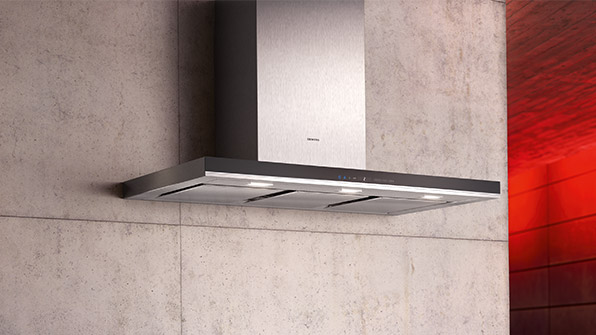 For those of you that want to make a real statement and wow your friends with your cooker hood you’ll be looking at the designer hoods. These designs would beautifully complement a contemporary style kitchen. This style comes at a cost; these are often the most expensive type of cooker hood, yet underneath these are still just standard cooker hoods. Having said that, they do make an immediate visual impact and are a great way to make your kitchen unique. 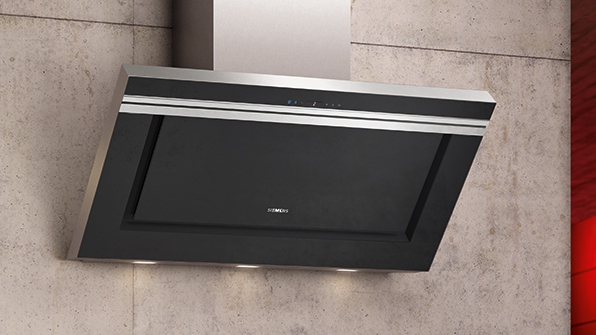 These cooker hoods are designed to be situated above your kitchen island hob. Integrated into the ceiling or suspended above; these island hoods are designed to be viewed from any angle and do not have the flat back which you would get with a wall hood. Most kitchen island hobs are the hood type with the ducting going up into the ceiling, but increasingly there are designer products coming out which are made to look less like cooker hoods and more like lighting features. 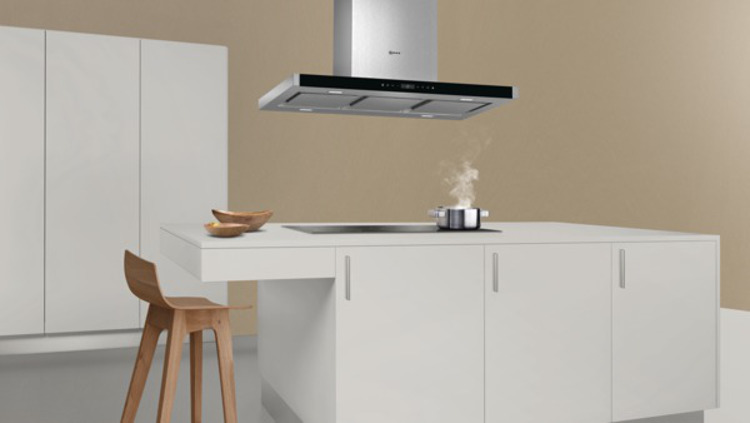 We have a few other important pieces of information which you might find useful when choosing the right cooker hood for your kitchen:

These days all cooker hoods come with grease filters, these usually sit underneath the hood and are the first point of contact for the air being sucked in. These filters ensure that the worst bits from the air are removed before the machine processes everything. They are often made from a ceramic or fleece material and will need to be changed every 4 to 8 weeks. It may also be worth considering how easy you can get replacement filters before you buy the cooker hood.

Think about how you use your kitchen – often you have your back to the main light source in your kitchen when you’re at the hob; this is why most cooker hoods come with lights. Plus, sometimes you just need a bit more light to make sure that your food is cooked. The lights can either be halogen, incandescent or LED; other than the energy consumption which one you choose is a personal choice. It is also worth looking at how easily you can replace the bulb, some units can be a little bit tricky to open.

Some cookers have a matching hood design and are supposed to go together, so it’s worth checking this before you make your final decision.

Our picking, packing and delivery is linked to what you order and where you are located. This is how we determine the delivery date. Our system is auto synced with suppliers and a final auto sync is done on your cart before checkout to ensure product price and availability is accurate.

WHEN WILL I GET MY ORDER?

HARARE: Delivery is in 3-5 working days after placing of order.

BULAWAYO, GWERU,CHEGUTU, MUTARE, KWEKWE,KADOMA:
Delivery is 5 days from placing order. This is to allow for on-forward distribution via FedEx. Please note FedEx does not do home deliveries on weekends.